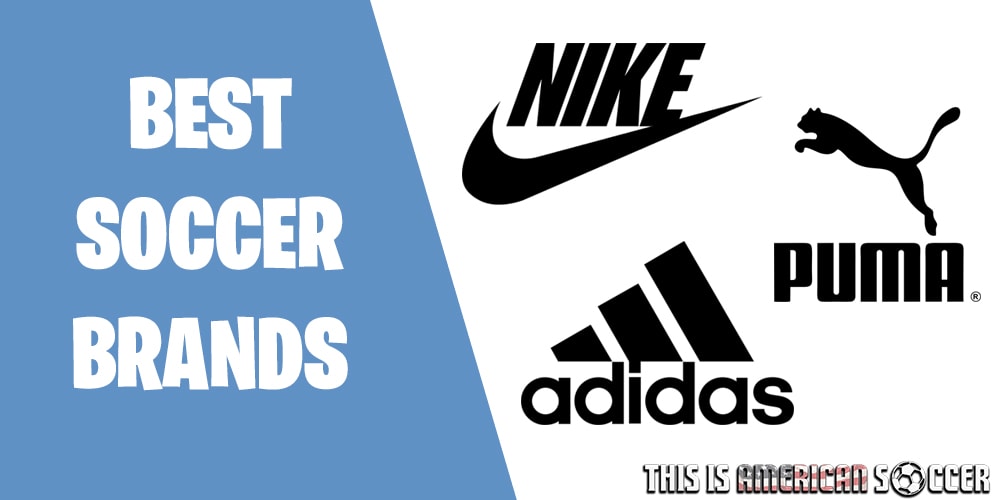 Like any other sport, to play soccer to the best of your abilities, you need to purchase soccer gear from the best brand.

But it’s easier said than done, given how there are numerous brands in the market for you to choose from. And every brand has its specially designed features to help them pip their rivals.

Moreover, you can choose from any one of the top brands depending on your style of play. For instance, if you’re a striker on the hunt to score goals, you’ll need the right kind of soccer gear to help you evade defenders and get better ball control.

On the other hand, if your job is to stop the forwards from scoring, you must opt for a durable product to withstand rough exposure.

So, to help you, we have narrowed down the three best brands in the market. You’ll get to see the various ways in which they stand out from one another.

Without further ado, let’s get the ball rolling!

The German giants have swept to the top of most sporting lists, thanks to their latest shoes or signing high profile athletes to endorse them. Adidas has been a long-standing rival of Nike and has often had one up over its American competitor.

Adidas secured sponsorships for major tournaments, such as the FIFA World Cup. And with players like Lionel Messi wearing Adidas boots, you’re bound to sit up and take notice.

Nike is often regarded by many to be the best despite having stiff competition from Adidas. It’s one of the most popular companies right now and has had some legendary athletes wear Nike products while scripting sporting history.

From Cristiano Ronaldo in football to Michael Jordan in basketball, players have instantly taken a liking to this brand.

And with the latest designs, you also get a certain degree of elegance, which many people prefer to Adidas’ flashy products. Besides, Nike also makes quality soccer balls for an unparalleled experience while playing the beautiful game.

How can we forget Usain Bolt tearing down the lane to script Olympic history while donning Puma’s latest products? Interestingly, Puma is Adidas’ rival brand, and the two brands were created by brothers who decided to go their separate ways.

Puma has a knack for creating exciting designs and comfortable models that are often unmatched by rival brands.

We hope you have a much better idea and are one step closer to decide on the best brand.

Choosing one brand over the other often comes down to your specific traits, the sport, and the playing style. What’s essential is to get the best performance from it to stand out on the pitch.

That’s all for now. Until next time, Ciao!