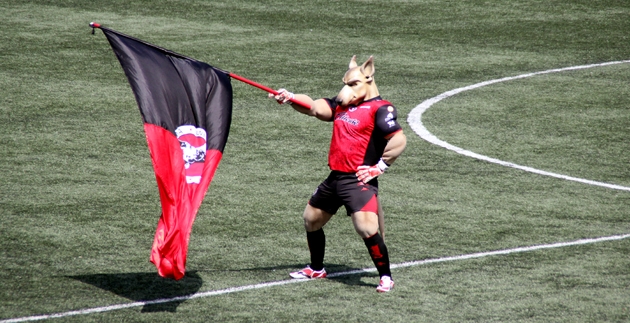 An iconic resort, a maybe murderer, & the birth of top-flight football in Tijuana.

It took decades, but in the end it was just a short journey to find something seemingly so far away: the transcendent football experience. On a Sunday morning in April, soccer fan Dean Mitchell leaves his home in San Diego and heads south towards the border. The barren desert geography doesn’t change much between his home and Tijuana, Mexico, but nearly everything else brightens once he passes that wall, including Dean’s mood. Crossing the border on foot it takes literally one step to enter a completely different world – away from a soccer niche to a land hot with football fever.

After years following a revolving door of lower-division San Diego soccer franchises – the Nomads, the Flash, various iterations of the Sockers, holding out hope for a MLS expansion team – Tijuana is where Mitchell finally discovered his personal sports mecca. Within the domain of his football odyssey, the guarded international boundary is nothing more than an imaginary line. And anyway, Tijuana is a hell of a lot closer than Los Angeles where the closest two MLS teams preside.

Mitchell steps through the border and slinks into one of the waiting cabs. Along Paseo de los Heroes, a major six-lane Tijuana thoroughfare with a tree-lined median, scattered red and black jerseys and equipped with the best soccer shin guards along the street become a massive swarm as Estadio Caliente nears. Sitting in the shadow of an enormous casino complex, this is the home ground of one of Mexico’s newest football teams: Club Tijuana Xoloitzcuintles de Caliente. The Xolos, as they are known by their fans (pronounced “show-lows”), take their name from a small hairless dog native to Mexico, a species revered by ancient Aztecs who considered them guide dogs to the underworld. Only four years old, the Xolos are hoping their chosen symbol will help guide them to the big time, to top-flight football.

We have some technical issues at the moment, the rest of the story will be added to our website shortly…In the meantime you can prepare for a soccer party with your colleagues!
Share
Tweet
Pin
Share
0 Shares