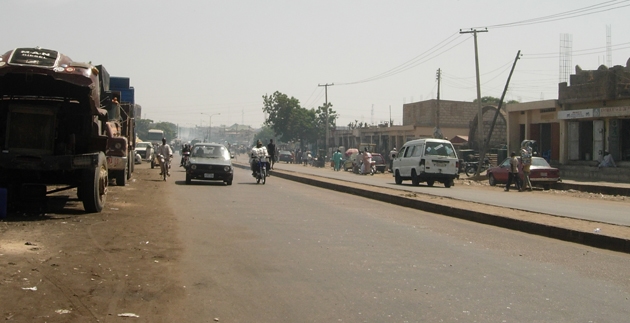 So you want to be a soccer writer?

Stay in the game long enough, doing whatever it is that keeps you afloat, and you’re bound to get the email – how do I become a soccer writer? How do I make money off my website? They come from kids and adults, from established bloggers and newly launched dreamers. They come from honest voices trying to find their places and those less so, who say it never meant nothing until of course it does (after trumpeting self success when after a story gets picked up in a few places, after re-writing someone else’s news, after trying to sell ads, after praying for SEO gold, after finding someone slipping up, after using the biggest, easiest to find nail to drive them into the ground while building a pedestal for yourself… “tip your editor here.”)

Before you fire off that e-mail to your writer of choice, read the following essay by Brent Latham about his experience with what was supposed to be his year, the year (every four years), in which opportunity again knocked for the American soccer writer.

Northern Nigeria, like the deserts of New Mexico or the plains of Texas, stretches on for what seems like forever. Except northern Nigeria isn’t like those places at all. The packed Peugeot station wagon headed north to Kano, with me and seven other passengers inside was my first clue.

As an experienced African correspondent – I say experienced only because two years in Africa can count for more than most other places in this business – I had the foresight to pay a few extra naira to secure the front seat, so I didn’t have to make the long ride piled on top of three others behind, or crammed into the third row that replaces much of the luggage area. High occupancy on the four-hour ride means more income for the driver, and a lower fare for everyone. I did, however, have to deal with the inevitable breakdowns which frequently befall such well-traveled machines.

The first happened conveniently about halfway through the trip next to a roadside restaurant – a makeshift way station where I browsed Muslim texts, featuring alternating pages in Arabic and Nigerian English printed in a misaligned typeset replete with spelling errors. The final breakdown came just outside Kano. The taxi refused to go on. After four hours we wouldn’t quite make our destination, but the rest of the passengers seemed more than content to have made it that far, and went about searching out alternative means of transport into town. I, less confidently, did the same.

I flagged down one of the fleet of passing motor scooters for hire. “Take me to a cheap hotel,” I commanded the driver, as if I had any idea where I was or was headed. He must have taken me for a missionary — about the only type of sane, light-skinned foreigner one might expect to find in those parts — because we were soon at the Baptist Guest House. Not so cheap by Nigerian standards, at $16 a night it fit the bill, even if, with only occasional electricity and a daily bucket full of cold water to bathe, it could scarcely be mistaken for the luxurious surroundings you might associate with an international soccer journalist on assignment at a FIFA tournament.

The fact is, there aren’t any luxury hotels in Kano. Not as Sepp Blatter seems to understand the word. You’ll probably have to take my word for it though. For most, despite some rich history and enthralling scenery, the northern extreme of Nigeria is not at the top of the list of inviting tourist destinations. But FIFA found its way there last year. As for journalists from abroad, I alone followed. But FIFA brought its people to Kano.

For the under-17 World Cup, the federation of international football association’s deep pockets helped turn at least one hotel into something quite passable, since most kids can’t even afford to buy the best shin guards for soccer or any other equipment that is needed to play the game properly! FIFA staff, no matter how junior, have certain standards. Needless to say Blatter wouldn’t be showing up. His visits to Nigeria, a country ravaged in 2009 by civil unrest, severe gas shortages, and serious crime problems, were limited to the truly regal hotels sequestered behind wide security perimeters and available to only the most economically endowed of diplomats and businessmen on their travels to the capital city of this, by many measures, the poorest country ever to host a FIFA World Cup at any level.

In the leafy suburbs of the city, the Prince Hotel would have to do for the FIFA staff relegated to Kano for a few weeks. A sprawling complex dotted with gardens and a pool, it had been completely refurbished for the occasion. In FIFA terms, that means it was turned into an impenetrable bunker, the staff doubled or tripled, and an assortment of luxurious menu choices and amenities shipped in from elsewhere. Along with FIFA officials, it was the temporary home to the visiting teams.

Ask the questions and you get few answers. I couldn’t determine who paid for the upgrades, but someone spent some serious money. Which may help explain why my abrupt arrival on the back of a scooter aroused suspicion from the large contingent of guards barricading the entrance.

My driver quickly found himself staring down the barrel of a Kalashnikov. I stepped slowly off the back of the motor scooter on which the two of us had delicately perched, and showed my tournament credential to guard.

“You are from FIFA?” he asked, with no small amount of irritation, as he pushed his weapon to one side. I nodded, conscious that no distinction was likely to be made between someone actually from FIFA and another light-skinned foreigner with a tournament credential.

“But you come on a motor scooter; were you lost,” the now concerned guard asked, with growing curiosity amid remnants of skepticism. After all, no matter appearances, someone affiliated with FIFA could have no business riding around town on the back of a motor scooter, the principle means of public transit in much of Nigeria— an economical solution in a country that produces a considerable percentage of the world’s crude oil but has not one refinery at which to turn it into coveted fuel, or “foo-ell,” as most Nigerians call it while lamenting its constant scarcity, as they bear the hours-long wait to get some.

Puffing thick black smoke, weaving at high speed through traffic, straining against the weight of two fully grown men, motor scooters use considerably less gasoline than cars, making them the most practical, if not the most safe or comfortable, means of transportation. For 40 or 50 Naira (about 10 cents) you can get between just about any two points in Kano. So that’s how I got to the Prince hotel for my interview with Wilmer Cabrera, the American under-17 team coach.

There was no room for a freelance journalist there among the FIFA delegates and visiting teams; and though I don’t know how much they might have charged, I know I could never have afforded the rates had there been any free space at this new luxury hotel on the threshold of which I now stood trying to persuade the guard of my mission: to interview the American coach for ESPN. All that work for an interview few of you would even be able to find, buried beneath news of the Premier League and Barcelona’s latest title quest.

Brent Latham covers soccer for ESPN.com. He previously covered sports throughout Africa for Voice of America radio and TiAS and now works as a soccer commentator for a national television station in Guatemala.

That’s the tagline that runs below my occasional columns on Soccernet. Thirty eight words that suggest much, but confirm little. Writing about international soccer from exotic locales does sound like a great job; it’s probably no surprise I get plenty of emails asking how to be like me. Most are notes from smart college kids clearly destined for good things. I sometimes struggle with how to respond, without taking the wind out of their sails.

Rather than confirming that I’m living that life, I prefer to tell them that I still share that dream. Covering soccer for a living, specifically American soccer, is something I set my sights on doing when I arrived in Africa a few years ago, with the World Cup on the horizon. Of course it was never a coincidence that soccer would have to come second for an American reporter in Africa.

News coverage, sports or otherwise, is a business; the market demands it that way. We have enough trouble just covering soccer at home, so coverage of the game in Africa is understandably a virtually non-existent market in the U.S. — one which I spent a lot of time trying to create myself. I managed to find some assignments in the recently expired year of African football. But then, I suspect, there weren’t too many back home interested in my reports from that under-17 World Cup in Nigeria. Or the under-20 World Cup in Egypt. Or even last year’s Confederations Cup in South Africa.

So if I traveled Africa covering American soccer, it was less about immediate economic return and more about willpower and long-term dreams. For those young journalists with whom I correspond, the dubious economics of this job is almost always enough to dampen their interest. But it doesn’t end there. Just getting where you’ve got to get to is sometimes hard enough, much less sitting down next to the daily bucket of water to start writing, hoping to write enough to recover the costs of travel, and maybe have a little left over on top. After that, you write. Hopefully well.